We announce with great sadness that Prince Neak Ang Rajavong Sisowath Phandaravong, the longest serving member of the Rotary Club of Phnom Penh, passed away on Thursday, 1st July 2021. He was for many years an Honorary member of our club.
The Prince was born in 1932 and raised in Cambodia, though his education was undertaken both in Phnom Penh and overseas. A fluent speaker of European languages, including French and German, Prince Sisowath held many high offices on behalf of his country which included being Ambassador to Brunei and West Germany. However it is his time on The Constitutional Council of the Kingdom of Cambodia that he always spoke of most fondly.
He married Margot Heydermann a German national in 1959 and they had four children; three girls and a boy who he always spoke of with great pride and affection.
A member of the Rotary Club of Phnom Penh from the 1960s the Prince played a key role in the renaissance of the Phnom Penh Rotary Club in the mid – 1990s following the return of peace to Cambodia.
Prince Sisowath Phandaravong was above all else a most generous and kind Rotarian with a good heart who instinctively knew that Rotary, with its twin mottoes of Service Above Self and One Profits Most Who Serves Best, was an organisation he was proud to belong to and promote.
In the last few years the Prince had not enjoyed good health and was unable to get out and about. This was frustrating for him as he loved to attend functions and meet with friends old and new.
Prince Sisowath Phandaravong will be mourned by his family and close friends and sadly missed by all who had the good fortune to meet with him and spend just a little time talking about his work, his family and his country.
The Rotary Club of Phnom Penh gives thanks for all he contributed and sends its condolences to his family. May he rest in peace.
https://rotaryclubpp.org/wp-content/uploads/logo-rotaryPP.png 0 0 krystof https://rotaryclubpp.org/wp-content/uploads/logo-rotaryPP.png krystof2021-07-05 18:56:262021-10-15 12:39:37Prince Sisowath Phandaravong 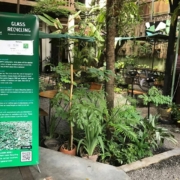 Another successful delivery of mosquito nets to help protect against dengue and other insect borne diseases. This batch of nets was distributed by Gecko Kinderhilfe Südostasien e.V. etc and purchased with your generous donations to our Mosquito Net Project.Over 3,000 nets delivered direct to families so far. ... See MoreSee Less

Christmas Fair (@wigphnompenh). Thousands of people visited the fair that ran all day. Our booth had a rolling slideshow showcasing our Clb's projects and also some excellent banana bread creations baked by Gérard. We had plenty of volunteers throughout the day to inform people about Rotary and what our Club does. We are sure to see some of them again. Thanks to all that helped make it such a success. Ruby Gerard Gwynneth Wong André Struve Bryan Humphrey Danny Lee Bong Prahok Sandy Kotan Bill Monroe Michael Wright ... See MoreSee Less

A big thanks to Rotary Club of Phnom Penh who donated the start up funds to make this project possible! ... See MoreSee Less
View on Facebook
· Share