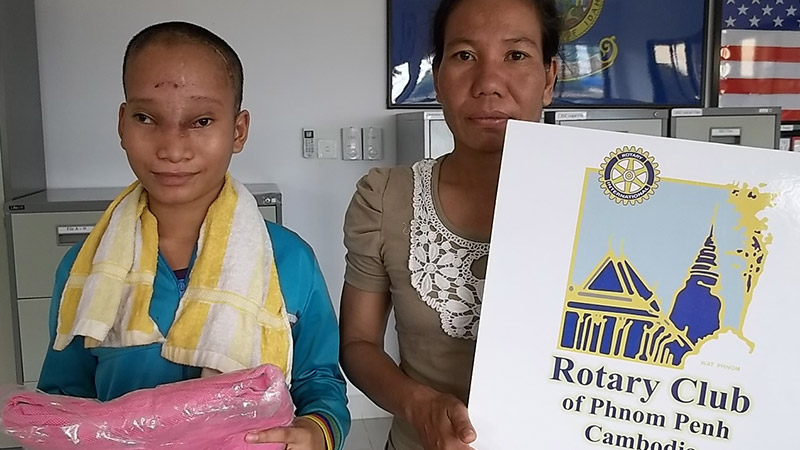 MEC (meningoencephalocele) is rare a birth defect found in remote villages in Cambodia. At birth the skull fails to close which causes the child’s brain to herniate through the opening near the bridge of the nose.

The MEC project is Rotary Club of Phnom Penh’s signature project, addressing a significant birth defect that is quite prevalent in Cambodia.

The condition (MEC is its abbreviated name) results in some babies being born with a hole in the skull near the bridge of the nose, leading to a disfiguring herniating growth and sometimes, if infected, death. Through this project we are able to change the lives of many young Cambodians, most of whom come from rural villages.

We work in partnership with the Children’s Surgical Centre in Phnom Penh, which has its own resident surgeons who now conduct most of the surgeries (supplemented by a team of French doctors who come twice a year). We have hired a Cambodian coordinator, who conducts outreach trips to find patients and organizes their travel to Phnom Penh for the surgery. The total cost for outreach, travel, surgery and follow-up is $1,400 per patient. Funding has come from Rotaries in Australia, Asia, Europe and North America. Each $1,400 dollars funds one patient.